Today, the David Rose Special School which was opened on May 8th, 1968, celebrated 50 years of existence with an Anniversary ceremony held at the school on Thomas Lands.

Delivering the feature address was Chief Education Officer, Mr Marcel Hutson who said that the school’s ability to accomplish 50 years is a testimony of resilience and character.
He said that children with special needs are often neglected by society and would receive negative feedback. He added that those attitudes towards special needs children over time have gone through a transformation period in Guyana.
Further, he said that the Ministry of Education is looking to establish an Autism School to be built in the compound of the Cyril Potter College of Education (CPCE) compound at Turkeyen, East Coast Demerara.
The CEO said that Special Education Needs in Guyana will soon be strengthened when the Diagnostic Centre within the said CPCE compound becomes fully operational. That centre became a reality through collaborative efforts of the Ministry of Education, CARICOM and the Cuban Government.
He said that the Ministry of Education has recognised that persons with special needs can be assisted to become functional and to, therefore, fulfil their potential. He urged teachers of the school to continue being persons with empathy since it is a needed quality so that they can effectively cater to the needs of the school’s students.
Mr Hutson made the commitment that the Ministry of Education, under its Minister, Hon. Nicolette Henry will continue to work hard to move the education sector forward.
Meanwhile, the Head Teacher of the school, Ms Dionne McKenzie in her presentation, spoke of the school’s wish list. She said that by 2025, the deaf children of the school must be able to write all national examinations and that there should be the adequate diagnosis of children to be achieved by 2020.
She added that the school would like to have a dietician and a nurse by January 2019. 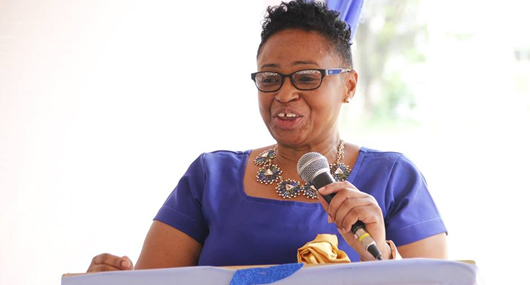 Also delivering remarks was Fashion Designer Dr Sonia Noel who said that it is important to be accommodating and appreciative of persons with special needs. She urged that much attention needs to be given to the area of special education needs to see what more can be done for the children while simultaneously allowing the David Rose Special School o be a model example to other institutions.
During the event, both students and teachers were featured as they performed a number of cultural items while others were honoured. 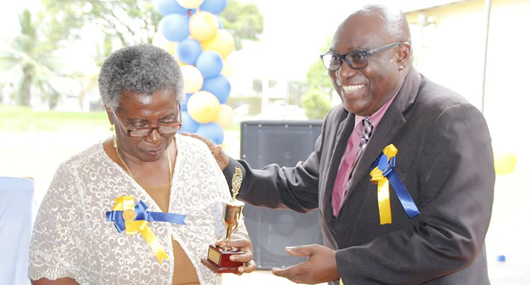 Among those recognised were past head teachers of the school, past students, organisations that contribute to the school and some of the long-serving staff.
Some of the private sector entities that were recognised include The Guyana Defence Force, Scotia Bank Guyana Limited, the Sai Baba Organisation, Global Technology, N&S Mattai and Company, New Building Society, Republic Bank Guyana Limited and PNP Insurance. 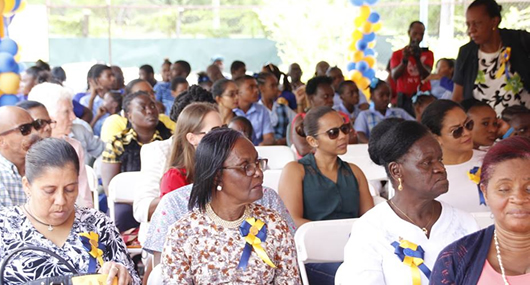 Other partners that support the school that were recognised for their efforts were President’s College, Samaritans’ Purse, the Guyana Conference of Seventh Day Adventists, United Women’s Organisation and Sabine McIntosh.
Following the ceremony, attendees were guided to an exhibition prepared by the students and teachers which featured items from the various classes such as craft, agriculture science, cosmetology, dressmaking and art.