Matters of discipline in school must be dealt with in a compassionate manner, Minister of Education Dr. Rupert Roopnaraine re-stated, whilst addressing residents of Kato, Region Eight at a village meeting. 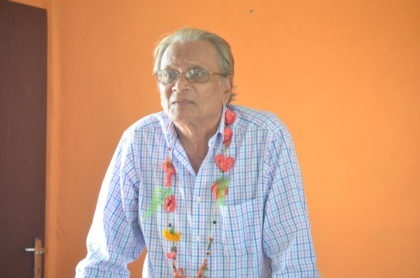 On Saturday, Toshaos and residents of Region Eight met with a government delegation on the way forward with respect to the defective Kato Secondary School. The delegation comprised Minister Roopnaraine and the Ministers of Public Infrastructure, Indigenous Peoples’ Affairs and Social Cohesion. The team also addressed some of the issues confronting the village’s development.

Minister Roopnaraine told the residents that an initial effort has been made to construct counselling rooms in schools in recognition that ‘beating’ does not address the increased rate of psycho-social issues in the schools.

The Education Minister, who recently declared that the abolition of corporal punishment in the school system is high on his agenda, told the gathering that he is against beating children in school.

“I do not want it to be happening in our schools; instead of beating children, we have to counsel children,” the minister said, as he advanced his call to eradicate this problem from schools. 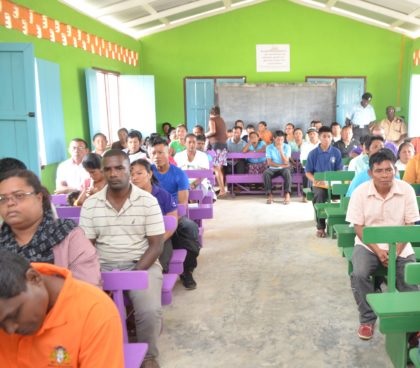 The Ministry of Education in 2007 conducted a survey on the use of corporal punishment in schools. The survey had revealed that 53% of the schools use that form of punishment as a means of maintaining discipline.

On assuming the office of Minister of Education in 2015, Dr. Roopnaraine had however, pledged his intention to abolish corporal punishment.

The Education Minister had also acknowledged that with the removal of corporal punishment in schools, there will be a need for counsellors to be installed in every school, since, “A troubled child needs somebody who is trained to deal with him/her.”

Towards this end, the Minister has called for the training of more counsellors and had recommended using retired teachers to fill this gap.

During the meeting with the Kato Toshao and residents, Dr. Roopnaraine also spoke of another policy area that he has been pushing, that of strengthening the Parent Teachers Associations (PTAs) in schools.

“It is very important that we get parents and teachers to work together. We do not want to be teaching one thing in school and when the children get home they are learning something else. We want to make sure that we can harmonise the education at home with the education in school,” the minister explained.