With schools expected to partially reopen today for the new school term, Education Minister Priya Manickchand has noted that previously established COVID-19 protocols will be adhered to in order to ensure that children are kept safe.

In a brief interview with Guyana Times, the Minister was asked about measures for the opening which will allow for students from Grades 10 to 12 to be physically present in the classrooms. According to her, nothing has changed when it comes to the need to protect students or the flexible options available to parents.
“The same kids went to school from November to December. So, the same things that they did in that time and they were asked by their teachers to do, they will do now. The same way they went about learning, the same things they will do in this new term,” she explained.

“If you were doing face to face classes, that is Fourth and Fifth Form, that’s what you will be doing now. If you were doing WhatsApp, that’s what you will be doing now,” the Minister also said.
It was only recently that the Ministry of Health announced that testing would be made available for students staying at the dormitories, ahead of the reopening today. During the latest update, Health Minister, Dr Frank Anthony had explained that there is some level of transmissions in some communities and as such, persons returning to the dormitories will be retested. 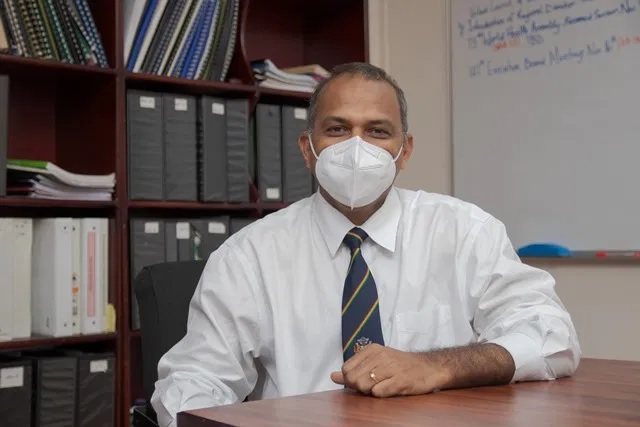 During the reopening of schools in November, a similar system was in place to test dorm students and several were tested positive for the novel coronavirus at President’s College. They were later isolated from the general population until recovery.
“Since the closure of school from the 18th December, many of the students who were once in dorms would have gone back home and we know that in some communities, there are transmissions of COVID-19. So, upon them returning on the 4th January 2021, we would want to ensure that we test them to make sure that they don’t have any signs of COVID. Once they’re negative, they will be placed in the general dormitories,” the Health Minister had indicated.

Dr Anthony had further explained that there has been close collaboration with the Education Ministry to facilitate a smooth reopening for the new term. Along with contingency plans, they have also distributed adequate test kits to the regions.
Eight students, who were being housed at the President’s College dorm, had tested positive in November. That was out of a total of 139 students housed at the educational facility. All eight of them were from Region Eight (Potaro-Siparuni). After that, five teachers, six students and two ancillary staffers in Bartica, Region Seven (Cuyuni-Mazaruni) also tested positive.
However, all swabs for COVID-19 from Region Nine (Upper Takutu-Upper Essequibo) students had returned negative.

The reopening of schools for Grades 10, 11 and 12 and those attending practical, technical and vocational institutes last year would have seen a high turnout of teachers and students. Schools across the country were closed on March 16, 2020, due to the COVID-19 pandemic.
The Education Ministry gave parents the option of keeping their children home if they were uncomfortable sending them back to school in the COVID-19 situation. Parents could have also opted to have their children transferred to the nearest secondary school – a process completed in less than 24 hours.