The introduction of Amerindian languages in the school’s curriculum; more support to address the high cost of living in the Region Seven and the need for special education teachers were highlighted when head teachers, teachers, parents, officials from the Region Seven had their say at the Commission of Inquiry,(COI) into the Education system.

Students of several secondary schools in Georgetown were the first to visit the official residence of the Prime Minister when that Heritage Building was officially opened on Friday. 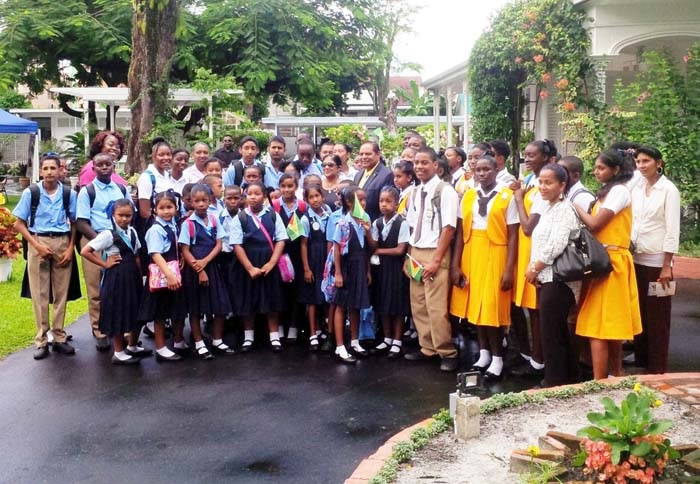 The rally, which was organised by the Ministry of Education, is part of the calendar of activities in observance of Education Month 2016. The Head of State also declared the second Friday of September as National Education Day in honour of the students of Guyana.

President David Granger believes that more Guyanese children must become ‘A’ students, which means that they must have access to education, they must attend school regularly and they must strive to attain the highest possible level of education.

President David Granger has challenged children across the country to become ‘A’ students. They must have access to education, attend school regularly and strive to attain the highest possible level of education. 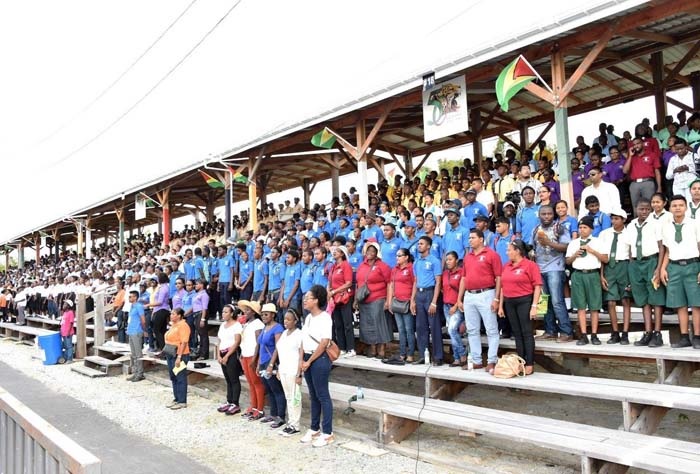 ...distribution of laptops to teachers to start in two weeks

Since the commencement of the new academic term, some 100 education institutions have been connected to high-speed Internet services and the Government in the next two weeks will begin distribution of laptops for teachers.Head of the E-Government Unit Floyd Levi said every secondary school in Regions Three, Four, Five and Six is now connected to the E-Government 4G LTE (Long Term Evolution) network which extends from Skeldon, Berbice to Charity, Essequibo Coast.
In addition, all high Schools in Georgetown and its environs have also been connected to the fibre-optic network that surrounds the city.
Regional Democratic Council (RDC) offices in the respective regions have been connected to the same networks as well, a release from the Public Telecommunications Ministry said.

The Guyana Bank for Trade and Industry Limited (GBTI Ltd) on Wednesday presented bursary awards to 15 members of the Early Savers Club who were successful at the recent National Grade Six Assessment (NGSA).

The talents of nursery school pupils, teachers and stakeholders were showcased in the form of song, dance and skit at a grand concert held today, at the Police Officers’ Mess, Eve Leary.

The concert is the third in a series of events staged by the Ministry of Education as part of Education Month activities, and to mark 40 years of development in Early Childhood/Nursery Education in Guyana.