As the Ministry of Education continues to roll out its “Because We Care” cash grant to private school students, $16 million was distributed to several institutions in Region Four.

On Tuesday, DPI visited the Apex academy, East Coast Demerara, which served as the distribution centre for schools in the area. Over 845 students from Apex academy, Laser Edge Academic College, Eden Haven and Bascom received their grants.

Scores of parents lauded the government for extending the grant to private school students. 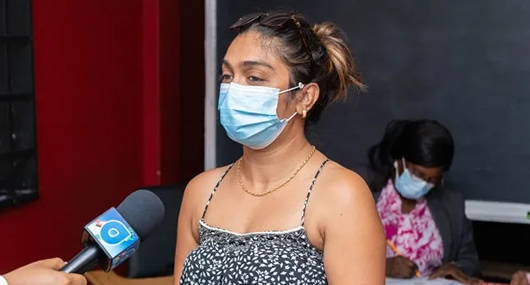 “I am a single mother of three kids and it’s very helpful and it’s fair that the government you know, he (President) gave the private school children the money. Personally, I must say I am grateful for that as a single mother he did a good job. I will pay the school fees in advance since it’s three children I have going here and maybe buy a few personal stuff for them.” 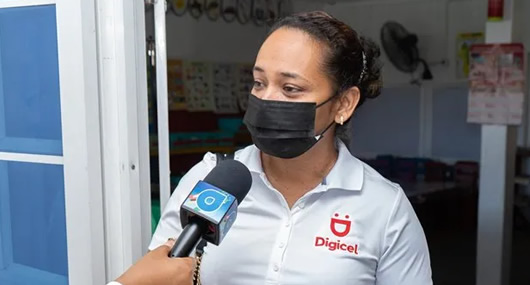 “I think everyone is appreciative and welcome this gesture from the government. At the end of the day, we are all tax payers and I think it’s being fair. My kids are excited because they are into savings, and this will be going to their savings.” 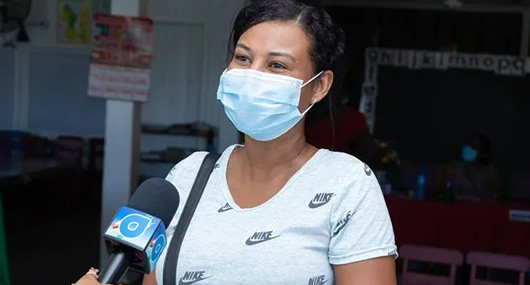 “I feel good since they take it into consideration not only for the public but for private because in the end all of the children going to school. I ordered a laptop so I am going to put it towards that.”

“I must say thank you very much to all the ministers who have made this possible. It will benefit my child mostly because since it is a private school we have a lot of assignments, a lot of books and so on so it will benefit on her behalf not on my behalf,” parent Coreen Harry said.

Mary Bobb also expressed gratitude to the government for the initiative. 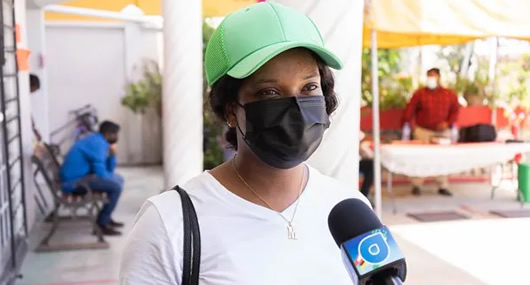 “I feel great that the government gave private school students the same as they give the government. And it benefits my child because it will help to buy textbooks and stuff like that.”

“I think it is a wonderful thing they’re doing and I would like to thank the honourable Priya Manickchand and her team for giving us the private school parents this grant because of COVID-19. It is very difficult for us and I would like to thank her and the team. it will go back to the school fees so at least we can use that money to do additional things, buy additional supplies.” 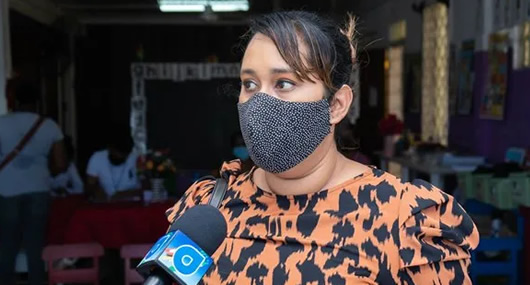 The programme, is the brainchild of the PPP/C Government. It has seen widespread popularity over the years, until it was discontinued by the APNU/AFC during its tenure in office. It has since been restarted by the new PPP/C Government with major increase to the grant.