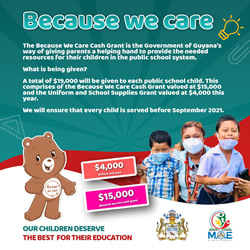 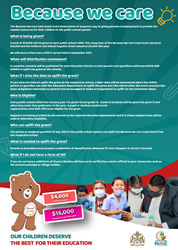 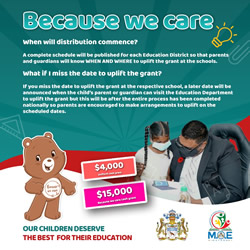 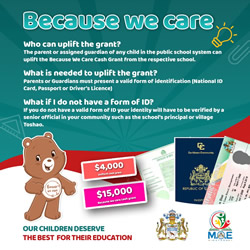 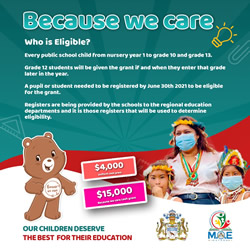 Parents of students attending private schools in Guyana have lauded the decision by His Excellency, Dr. Mohamed Irfaan Ali to extend the “Because We Care” cash grant initiative to their children.

On Thursday, Dr. Ali announced that the programme will be extended to parents of children attending private institutions.

The extension will see an additional $320 million being distributed to parents of some 17,000 children. 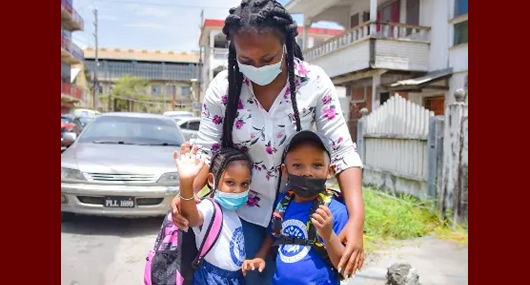 Following the announcement by government, DPI spoke to several parents of private school students who praised the initiative.

Lazana Hollingsworth, a mother of two told DPI “It is a very good thing because people often think that when your kids are going to private schools, they have it all, but this is very thoughtful of President Ali to consider us parents that sending our kids to private school. Just want to say thank you for that.” 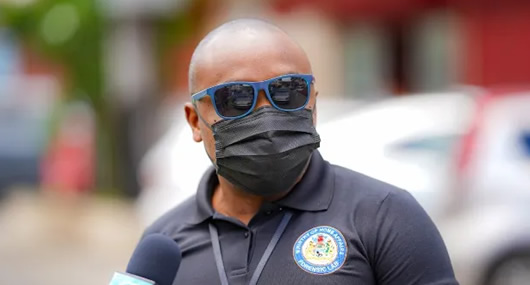 “This is a good initiative on behalf of the President because people have this notion that once your kids going to private school you have money, which is not so. Just that you are making an extra sacrifice to send them to the private school. So, I think any help right now will go a long way, especially in the time that we’re in.”

Meanwhile, Denita Gomez expressed her appreciation to the government and noted that the money will be put towards her eldest child’s CXC examinations. 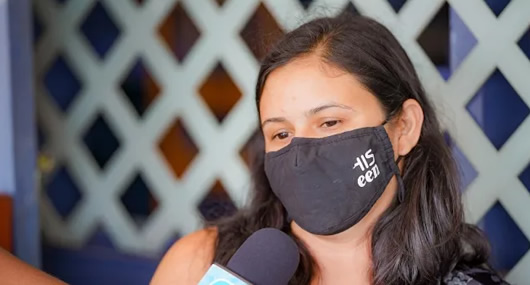 Errol Adams, a father told DPI, “the cash grant is actually a good thing since it was initiated to the public schools as well. The private school will definitely benefit from it because you do have some sort of income come in as well since the COVID-19.”

The reintroduction of the ‘Because We Care’ cash grant to children in public schools is another manifesto promise fulfilled by the PPP/C Government.

The grant was first introduced in 2014 at $10,000. However, it was discontinued under the previous APNU/AFC Administration. 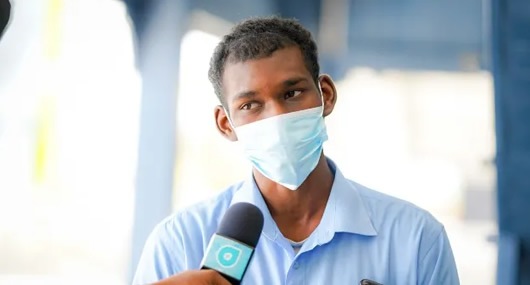 Additionally, the PPP/C Government has increased the school uniform and supplies voucher from $2,000 to $4,000, which is being distributed in cash this year. Prior to Dr. Ali’s announcement, only children registered in the public school system benefitted from the $19,000 grant. Some $3.3 billion has already been distributed to parents of more than 175,000 students.