Close to 150 school children of Chenapau, Region Eight have benefitted from the Government’s ‘Because We Care’ cash grant initiative.

Minister within the Ministry of Local Government and Regional Development, Anand Persaud MP, travelled to the community Monday to oversee the distribution exercise there.

While speaking with residents, Minister Persaud noted that the initiative exists because the Government cares about the people. He said before leaving office in 2015, the Government had already initiated a grant of $10,000, plus a $2,000 school uniform voucher, which was discontinued by the Coalition. 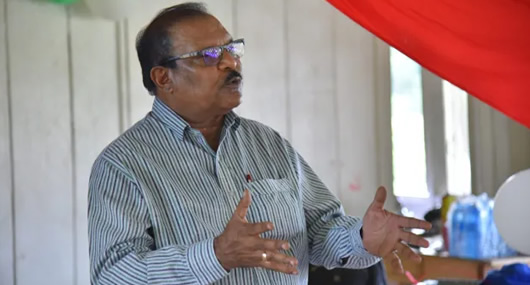 Within one year back in office, the PPP/C Government has increased the grant by $5,000 and doubled the school voucher for a total of $19,000 per public-school student.

“We care about everyone in this country, regardless of race political persuasion, religion, class, we will work and we told the people, the electorate, that we will work for every Guyanese.

“Don’t ever conceptualise in your mind that Amerindians will be left out,” he said.

Minister Persaud said the Government had invested in worksheets and other resources to keep students engaged during the beginning stages of the pandemic; however, face-to-face learning is important. 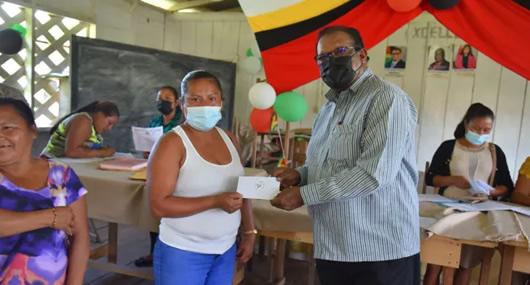 As such, to help Guyana reach herd immunity and soon return to normality, Minister Persaud urged teachers and parents to get immunised with a COVID-19 vaccine. 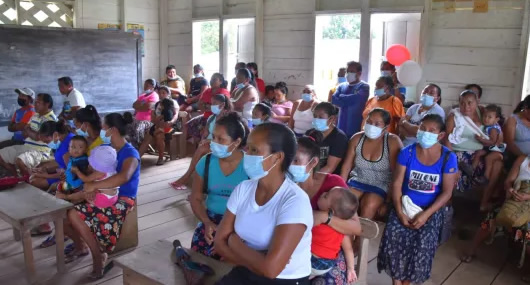 Several residents expressed appreciation for the money, which would help them to prepare their children for the September reopening of school.

“It’s good that every student at least received their $19,000 for their school. Whatever they have to get when the school reopen,” Toshao Stanford John said.

Another parent, Ms. Denise Chung, is also very thankful. “I have two children [who are] benefitting from this cash grant and I am very grateful for the cash grant,” she said.

The woman added that she would use the funds to buy essential items like uniforms, backpacks and shoes for her children. “I think it’s a very good thing they start here and I’ll be looking forward to benefitting more and I wish that they can give us more and continue.” More than $75 million of the grant would be distributed to Region Eight students.