Thirty-two-year-old Dorothy Richards is the recipient of $114,000 from the Government of Guyana ‘Because We Care’ cash grant programme, to support six of her seven children who are eligible for the grant. She lives on an island called Myrie in Wakapoa, Pomeroon River, Region Two. 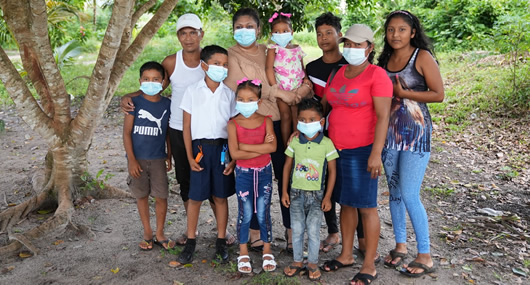 Richards is looking to invest the sum in not only providing school supplies, but also an entrepreneurship venture to provide a steady income for her family. Richards said she has been unemployed for most of her adult life, only recently gaining employment as a Community Enhancement Officer. With her husband working as a Labourer, it has not been an easy task raising seven children in the remote area. “All my money I does invest in them. I don’t have a job, this man (husband) does bring in the money. Every single dollar, I does spend on them. I don’t stress on myself too much,” the mother of three girls and four boys said. She is looking towards ensuring her children lives are easier than hers. “I does work hard and [I don’t] really want them to work so hard like me,” she told the Ministry of Education team during Thursday’s distribution of the grant in the community. 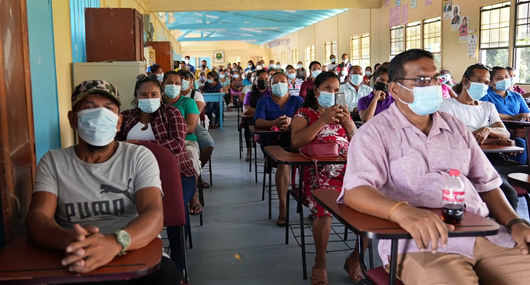 One of her daughters is writing the Caribbean Secondary Education Certificate (CSEC) Examination this year. With her knowledge gained in Agriculture Science, particularly animal science, Richards is planning to invest in the rearing of livestock to contribute to the family’s income which by extension will improve the quality of life for her children. “Me want to do something to keep me going with them children because they’re not easy to support every day, them daddy don’t be at home all the time, just me and them,” she explained in a conversation with Minister of Education Honourable Priya Manickchand who visited the community to distribute the grants. Also present was Richards’ husband, Wesley Thomas who noted that he works as a Labourer with anyone who is in need of workers. 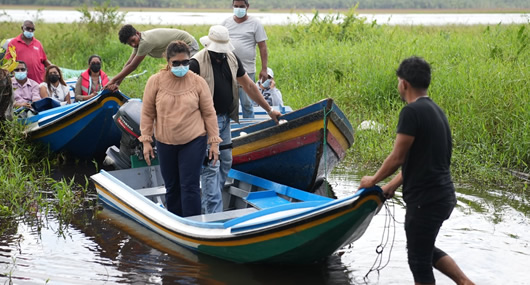 Sometimes he travels to the West Coast of Demerara and other times, to Region Six for employment. The 42-year-old said he also works in the mining sector when there is an opportunity. “I ain’t got a permanent boss I does work with. Anybody who come and need workers, I gone because I can’t stay home, got to maintain the children,” he said. Parents are not restricted on what the Because We Care cash grant can be spent on. In fact, Minister Manickchand told the parents during the distribution exercise that “this grant is for the parents of this country to decide how they will spend it on their children and what they will spend it on.”