The Government of Guyana’s Because We Care Cash Grant was distributed today in the Essequibo Islands with a value of $27.5M. More than 97% of the grants for students were uplifted. The Honourable Minister of Education Priya Manickchand said that the Government of Guyana is happy to assist Guyanese in providing for the needs of their children. 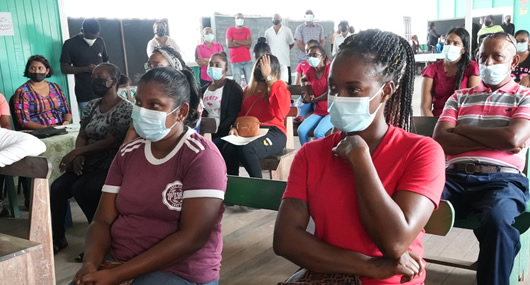 Minister Manickchand told parents that the island of Leguan is on the rise and while Guyana will develop exponentially, the Government wants to ensure that citizens can benefit from the development.
Minister Manickchand listed several projects that have occurred, are in progress and will be implemented on the island to improve the lives of residents. She said that currently there is an excavator on the island from the National Drainage and Irrigation Authority (NDIA) that is working to prevent flooding and damage to livestock and crops. 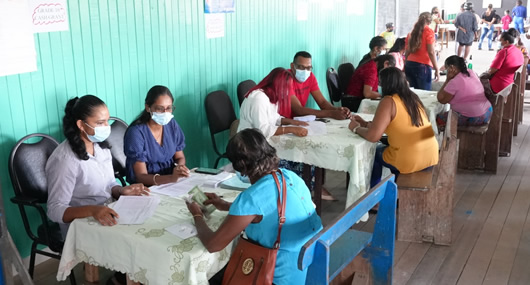 She said that wash room facilities have been installed at the Post Office particularly to benefit pensioners. Moreover, she said that the island has seen an investment of over $700M in sea defence work. The Education Minister said that repairs have also been done to the doctors’ quarters to ensure health care professionals can be accommodated comfortably on the island.
In the area of agriculture, she said that the opening of the coconut nursery seeks to provide a means for residents to be self-sufficient and produce enough to even export. Further, she said that more persons are now employed on the island. According to Minister Manickchand, the Government of Guyana will continue to invest in every sector to develop the island and that education is no exception.
She said that since the Because We Care Cash Grant was restored this year it has come in for criticism. However, Minister Manickchand said, “I believe that any investment in people, any investment in you, any investment in our children is a good expenditure. It can’t be called wasteful. It can’t be called foolish. It can’t be called excessive.” 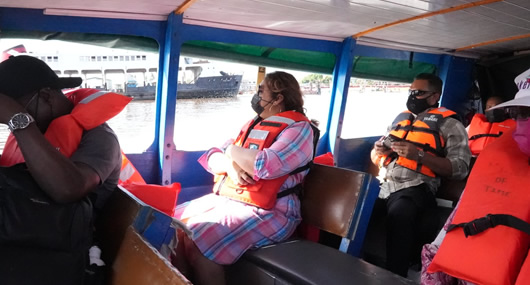 The Education Minister said that her Government is one that honours its promises, of which one was to restart the Because We Care Cash Grant. She said that this programme is a priority despite Guyana having one of the toughest years in its history having to deal with the worst flood in history, a prolonged election period and still in the middle of a pandemic.
She also reiterated the point that the Government of Guyana does not hold the view that parents should be told specifically what to use the grant for to benefit their children. She said that such a decision is up to the parents and that the Government is confident that parents will use it to purchase items or initiate a project that will benefit their children to continue their education. 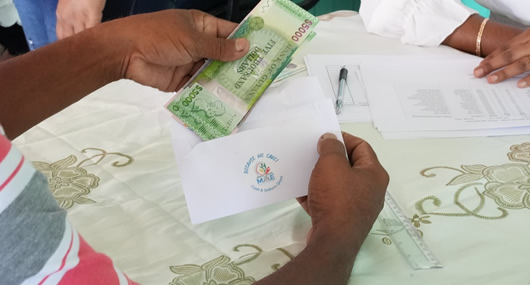 While the Minister of Education was at Leguan today, the Honourable Minister within the Ministry of Public Works Deodat Indar was spearheading the distribution on the island of Wakenaam. Regional Chairman Ishan Ayube was visiting locations along the right bank of the Essequibo River and Dr. Tandika Smith was doing likewise on the left bank of the said river.
The Because We Care Cash grant will continue to be rolled out across Guyana to ensure all eligible children in the public education system benefit.

Because We Care Hon Minister of Education Priya Manickchand Hon Minister within the Ministry of Public Works,Deodat Indar