Minister of Education, Hon. Priya Manickchand MP says there will be no discrimination in the Government’s ‘Because We Care’ cash grant programme, as each child in the public school system will benefit.

The Minister was speaking on the second day of her three-day distribution exercise in the Pomeroon-Supenaam (Region Two).

We are here to give every single nursery, primary, secondary age child who’s in a public school, or applied to come to a public school this grant” Minister Manickchand said.

The Minister said the grant is being distributed in the form of cash as opposed to a voucher because each child’s needs are different. She said the money could be used for anything that will serve in the best interest of the child.

“We are not limiting you about what you must do and what you mustn’t do with your money and anybody who believes that they know better than the parents what their children need is somebody who’s fooling themselves…this money is for anything that will serve your children.”

Confined to a wheelchair and struggling to provide for his three-year old daughter, Vental Jainarine is thankful to the Government for the reintroduction of the ‘Because We Care” cash grant programme. 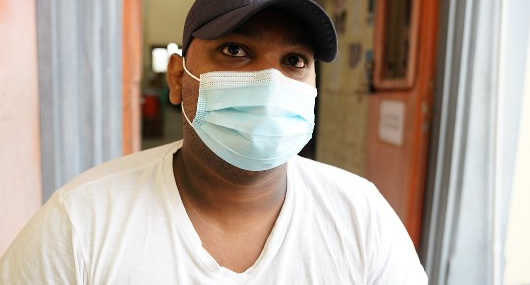 Jainarine said following a boat accident which resulted in the loss of his right leg four years ago, he has been relying on public assistance and his sister to support his wife and young child. This, he said, has been a struggle.

He told DPI that the grant “means a lot” as it will assist in purchasing the necessary school supplies for his daughter.

“I will buy her school clothes, shoes, pencil, erasers and crayons, you know the things she would need for the school year.”

Like Jainarine, many parents expressed gratitude to the Government for the timely roll out of the programme.

Naomi Doonauth, a mother of four said the last year has been challenging for her as the COVID-19 pandemic made it hard for her husband, who is a labourer, to find work to support the household. 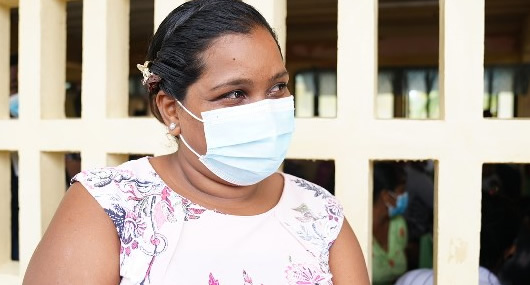 She disclosed that many times, the two would make sacrifices to ensure their children’s needs are met.

She told DPI that the money will go towards purchasing whatever materials her children need. “Just like me, many parents will say thank God for this because it has been such a hard time.”

Another mother, Carol Defreitas, disclosed that she plans to buy two electronic tablets for her children. She explained that she has three children who share one device to do their school work. 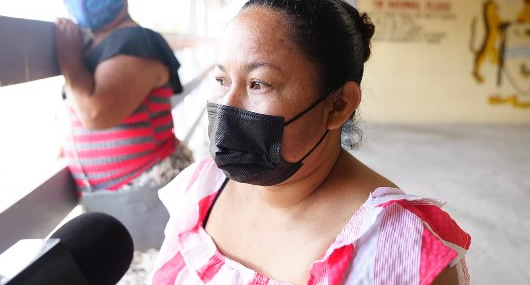 Other parents said they will be purchasing uniforms, textbooks, stationery and electronic devices for their children.

The reintroduction of the ‘Because We Care’ cash grant to children in public schools is another manifesto promise fulfilled by the PPP/C Government. The programme was officially launched in Region Two on Wednesday.

The grant was first introduced in 2014 valued at $10,000, however, it was discontinued under the previous APNU/AFC administration. Additionally, the PPP/C Government has increased the school uniform and supplies voucher from $2,000 to $4,000, which is being distributed in cash this year. Each child registered in the public school system will receive $19,000. Approximately 172,000 students will benefit from the $3.2 billion programme countrywide.