Students will not be permitted to write many subjects if they do not have the ability to matriculate.

This assertion was recently amplified by Chief Education Officer [CEO], Mr. Marcel Hutson, when the results of the Caribbean Secondary Education Certificate [CSEC] examination were released.
Hutson posited that “if we allow our children to write [many subjects], particularly in our junior secondary schools, it will affect their performance and we don’t want their performance to be affected.”
In fact, the CEO noted that the Ministry does not intend to spread its resources thin at the expense of students not being able to matriculate.
Over the years, a number of students have been writing in excess of 11 subjects. In fact this year’s national top performer, Michael Bhopaul of Queen’s College, achieved the phenomenal feat of passing 25 subjects, of which he secured 21 distinctions.
Although a circular was disseminated throughout secondary schools that limited the number of subjects students will be able to write, at the senior and junior secondary schools, Hutson explained that the Ministry has also made provision for exceptional students.
Based on the circular that was distributed, students of senior secondary schools would be limited to 10 subjects and those of junior secondary schools will be limited to six. Since alternative provisions are made for exceptional students, Hutson assured that students who are capable will still be allowed to write as many subjects as they like. 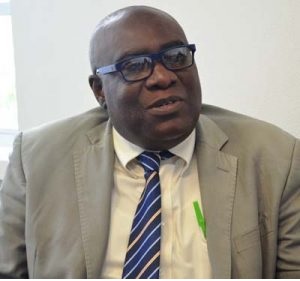 In an interview with this publication, Minister of Education, Nicolette Henry, explained further that students will be allowed to write as many additional subjects as they like, based on the recommendation coming from individual schools.
“If your school recommends that you do so many subjects, then so be it. They make their recommendations based on performance… so based on your performance they can even recommend you to do 30 something [subjects] or based on your performance they could recommend that you do five. That has always been the case and will remain the case,” said Minister Henry, even as she asserted that the school system is always required to work with rules and regulations.
Moreover, the Minister amplified that the focus of her Ministry is more on quality of performance and not on the quantity of subjects written.
“The number of subjects…this can get you some attention, [but] it is not our primary focus. Our focus is to ensure that students in the secondary schools are able to matriculate, and that is, to pass Mathematics and English,” Minister Henry emphasised.
In recognition of deficiencies and lapses in the system, the Minister added, “we have to ensure we take responsibility and implement systems that can better allow our students to matriculate.”
In this regard, moves are being made by the education system to address the weaknesses in the system. In fact, Hutson revealed that the Ministry’s intent is to pay particularly close attention to the lower performing schools.
“What we want to see is all of our children matriculate. If you do not pass Mathematics and English you will find yourself in difficulty in terms of matriculating. That is why we have emphasised to some degree that our teachers pay keen attention to children who need the extra attention in terms of remediation. In terms of staffing, also, we have been looking seriously at how we can have some of our top teachers, who have been doing exceedingly well, placed in those schools, because at the end of the day these are all our children and we have to do everything that is necessary, everything that is in our power to ensure that we lift the standards of those schools,” Hutson said.
Efforts to improve the performance at schools nationally will entail improved management and supervision, according to Hutson, who also disclosed that the Ministry has been ensuring that teachers are able to benefit from continuous professional development sessions.
“We have a number of teachers from those schools, who are coming to the National Centre for Educational Research Development [NCERD] so that they can be impacted in a positive way, and so that they can in turn impact change at the secondary level,” the CEO asserted.