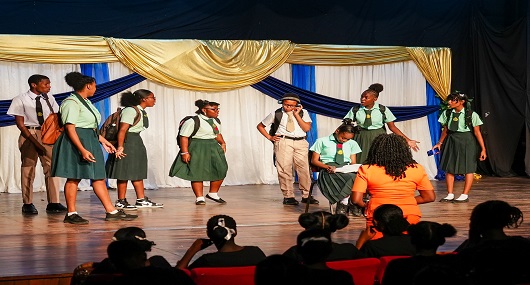 Choral speaking is defined as a group of people narrating a poem or a dramatic piece.

The event, which was hosted at the Theatre Guild, saw students from secondary schools from Regions Three, Four, Five Six And Georgetown showcasing their dramatic talents.

In brief remarks, acting Administrator of the Unit of Allied Arts, Mr Kurt Braithwaite stated that the event provides students with a platform to express themselves.

“This gives them an opportunity to develop their abilities to speak in public. They express themselves and this is what choral speaking is about. Here it also provides you with an opportunity to see how others can utilize their talents in different ways.”

He noted that while this is the first event of its kind, similar events will be held in the future.

Senior Education Officer (English), Mr Sheldon Granville said that the Ministry of Education’s Secondary Sector is happy to be a part of the event. 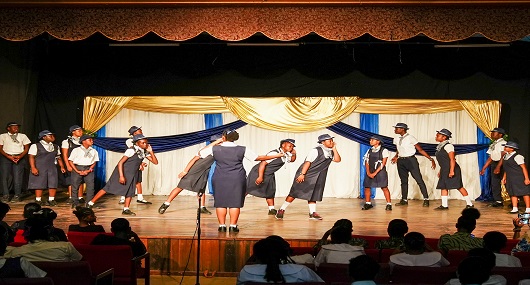 Before delivering the results, Chief Judge, Mr Randolph Critchlow, who is a local poet, teacher, and dramatist, noted that the event is a culmination of seven years of work and moving around the country. He further commended the Unit of Allied Arts for the role it played in the introduction of choral speaking in schools.

New Amsterdam Secondary School copped first place with their piece entitled Guyanese Folklore. As part of their prize, the group will be performing at their region’s Christmas Festival.

All participating students also received a Certificate of Participation.