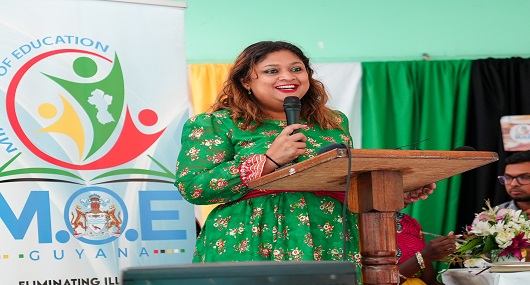 The program was launched at the McKenzie Primary School as part of the Ministry’s activities to observe Education Month 2022.

Minister Manickchand, while delivering the feature address said that the program wasn’t birthed because the Ministry believes parents cannot provide breakfast for their children, she said, “We believe many can. But we also know a lot of children come to school without breakfast.” 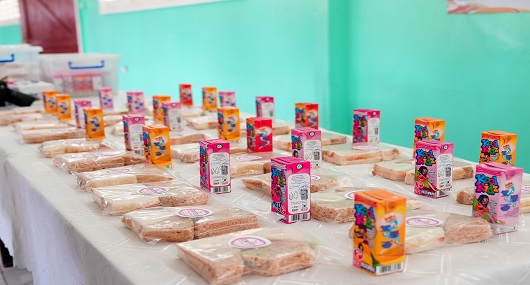 Samples of what was served for breakfast today

The Education Minister said that it is the state’s duty to help children as far as finances allow. She said that research around the world has proven that children who benefit from healthy nutrition learn better and perform better in school. Additionally, she said that the School Feeding Programme has shown increased attendance and enrollment at schools. 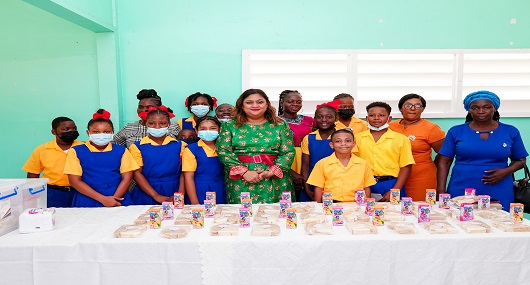 She said that this year $267M is being expended on the Breakfast Program for every Grade Six child on the coast. She said that the children living in the hinterland regions are already benefitting from a separate feeding programme.

Minister Manickchand explained that the Regional Administration in each region was asked to advise on who would be the best persons within the locale to cook and prepare the meals. 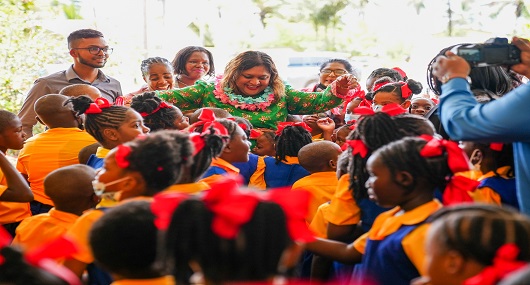 She said that those persons are being hired to cook and that the Ministry is paying for each meal. Further, she said that if those persons contracted to supply the meals cannot deliver what is required, there will be no delay in replacing them.

She said that the Ministry intends to maintain a high standard on the programme so that children receive what is intended. “So I hope you understand what we intend; for children of Region 10, the children of Guyana will be given a nutritious and filling breakfast at the Grade Six level, every morning.”