(May 14, 2022) – The Ketley Primary School in Georgetown retained the title of Literacy Bee Champions today at the National Cultural Centre following their win back in 2020 at the first edition of the competition. 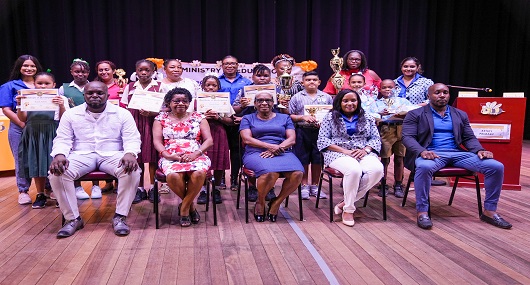 All of the participants in the semi-final and final round pose for a photograph with officials from the Ministry of Education and I-Secure Security Services Inc. 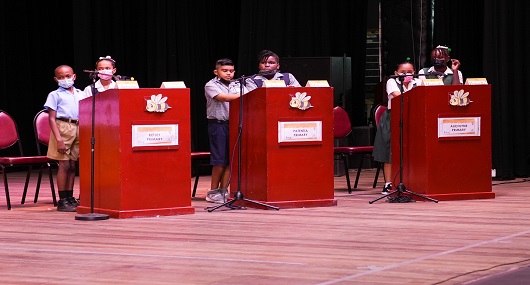 The pupils who represented their schools in the final round today

The Literacy Bee competition began last Saturday at the Queen’s College auditorium where six schools competed for a place in the semi-finals and final rounds. Ketley Primary scored the highest points during the preliminary stage and was automatically placed in the finals. Meanwhile, Auchlyne Primary, Patentia Primary and Christianburg Primary (Region 10) which was represented by Obriana Emanuel and Wanesha Durant qualified to compete in the semi-final round. St. Cuthbert’s Primary (Region Four) and 72 Miles Primary (Region Seven) were both eliminated during the preliminary stage. 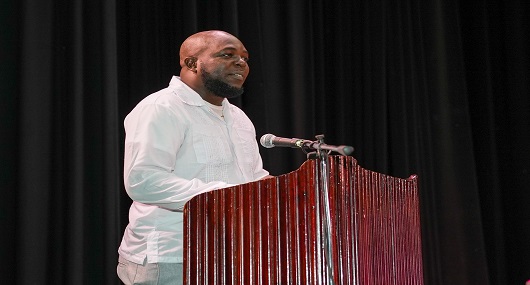 Assistant Chief Education Officer (Literacy), Ms. Samantha Williams said that the Literacy Bee is a competition designed to test learners' literacy skills at the Grade Five level. She noted that learners are encouraged to showcase their mastery of various aspects of the literacy curriculum such as spelling, reading, vocabulary, comprehension and general knowledge. These areas formed the categories under which the participants were quizzed during the competition. 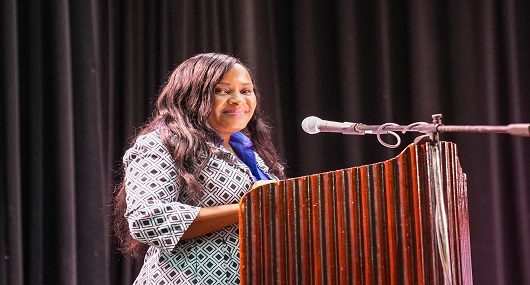 Ms. Williams said that the content for the competition was drawn from the consolidated curriculum for Grades Four and Five.

The competition received corporate sponsorship from I-Secure Security Services Inc. The company's Chief Executive Officer, Mr. Quincy Anderson, congratulated all the participating schools. He commended the students for participating and their teachers for taking the time to prepare their pupils to compete. He said that the competition will be an annual feature and looks forward to more schools participating from across the country.

Each learner received a certification of participation, while the 1st to 3rd place winners received a school and individual trophy. The winning school, Ketley Primary also received $100,000 that will be used to fund any particular project highlighted by the school. The winners from Ketley Primary School also received two tablets from the Ministry's National Literacy Unit.