Members of the Caribbean Community will have to work harder to encourage donors to extend their support. This notion was earlier this week amplified by Caricom’s Education Sector Specialist, Dr. Nancy George.

Dr. George sought to emphasise this notion as she underscored that educational change is not an overnight thing. 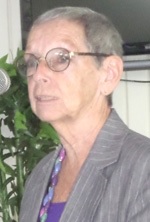 “It is something that takes a long time to manage and a long time to achieve,” she related, even as she pointed out that international donor projects to realise ambitious educational changes are often short-lived. And this, according to her, is a dilemma that the Caribbean Community often faces.

It was at this juncture she spoke of a World Bank project in Jamaica that has been running for 10 years, and recognised it as an exception to the rule.

As a result she stressed the need for the Caribbean Community to work towards convincing donors that their commitment must be long term.

Dr. George, who was speaking to education stakeholders at a consultation that discussed the Regional Education and Human Resource Development Strategy at the National Centre for Educational Resource Development on Monday, sought to highlight the need to encourage boys and girls with appropriate teaching and learning approaches.

She stressed this tactic, since she has been able to establish that girls and boys learn differently. “If you put girls and boys in the same classroom and then you ask them to read text-books, make notes and then tell you what they have done on an examination…girls can do that brilliantly, but boys hate it,” Dr. George underscored. She related that boys would more likely have to adapt to a new way of operating to be on par with their female counterparts.

“Boys like action,” stressed Dr. George as she highlighted that STEM (Science Technology Engineering and Mathematics) education is very important in this regard.

This aspect of education, she pointed out, is based on problem-based learning which is easily embraced by boys. But, according to her, “girls love it too…girls are more adaptable perhaps…”

In fact, Dr. George, who is based in Jamaica, disclosed that even attempts to gain entry into the University of the West Indies mandates passes at the Caribbean Advanced Proficiency Examination (CAPE).

“Although the University of the West Indies is making some changes in terms of having some preparatory programmes, you have to have CAPE,” Dr. George related. But according to her, “If you look at the percentage of the children in any age cohort who get through CXC and CAPE, you are looking at a minimal percentage of the age cohort.” The foregoing state of affairs, Dr. George said, was amplified by CXC Registrar, Mr. Glenroy Cumberbatch.

Dr. George, in disclosing the existing situation, said that it has been deduced that across the Region only 30 per cent of an age cohort is permitted to write CXC examinations. And of that 30 per cent, she revealed that 50 per cent are usually able to gain between one and four CXC passes, while 25 per cent get no passes at all. The other 25 per cent, she added, are able to gain five or more passes including Mathematics or English.