Empty
Persons are not always defined by where they were born or the circumstances of their birth. In Albouystown, a community which is often stigmatized, several students are being celebrated for their outstanding performance at the recent National Grade Six Assessment (NGSA). 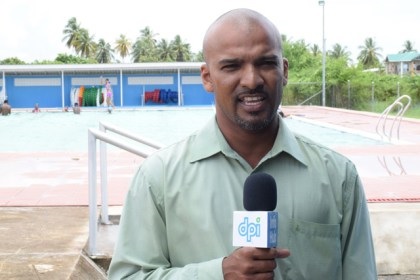 The many industrious citizens in Albouystown are the proud parents of those successful children. Some of these parents worked two jobs and sacrificed for their children to tread the path of success. Though they might not have been in the top ten of the country, they have done exceptionally well.
Walter Drupe is one of those parents. His eleven-year-old son, Demetrius Drupe gained 518 marks from a total of 523 at the NGSA and secured a position at Guyana’s top high school, Queen’s College. Demetrius said that despite various challenges, he worked tirelessly and made several sacrifices and he is the top sixth NGSA student in Region Four.

This outstanding youth explained that he was motivated by his parents Devita and Walter Drupe, school friends and his teacher Mr. Success. Demetrius prepared a timetable to study one subject for an hour every day until the day of the NGSA exam to be successful.
This mindset is likely to help Demetrius accomplish his dreams of becoming the Physicist he is aspiring to become. He said, “I’m going to study hard, practice a little sport just to help me with thinking; especially chess and let my parents help me with everything they can.”
Extracurricular activities are important because a student can benefit through personal, educational, and even social development. Demetrius is actively involved swimming for which he swam a championship last year and brought third. He also plays cricket and football.
This young man is extremely grateful for his achievement. He does not see his hometown as a hindrance to any child from fulfilling their dreams. His encouragement children in communities that have negative stigmas attached is, “it doesn’t matter which community you’re from, what house you live in or what your parents do as long as you work and study hard, keep your focus and practice you will succeed.”
Demetrius’ mother Devita pointed out that parenting Demetrius has had its own challenges, as every other parent with an active growing child. She highlighted one of the challenges was keeping him indoors or looking for activities to keep him occupied, for him to stay focused on school and positive activities.
His father Walter, who has lived all his life in Albouystown all his life, highlighted his son’s ability to retain information at a very young age.
Walter works two jobs to maintain his family, he supported Demetrius throughout his journey to success. Today Walter is happy and excited for his son’s success. “I make sure he goes to school every day, support him with his school work and the text books he needed and (I)worked with him with his homework.” He recalled that, “I did not go to a good primary school but I tried to give him the best that I could.”
Like his son, Walter does not believe that where you come from will define you. He also encourages other children to work hard for their success and not be distracted by the negative stigma of their communities.
Demetrius is not the only star at the NGSA, in another street in Albouystown lives 11-year-old Daniel Robertson. Daniel is another success story for the Albouystown community.
Eleven-year-old Daniel earned 515 marks from 523 at the NGSA and will also be attending Guyana’s top high school, Queen’s College.
Like Demetrius,Daniel and his parents also made several sacrifices, he said “I give up my phone, computer, television and my games and I studied a lot, sleepless nights and early mornings because I aimed for Queen’s (College)and I’m very happy I got the highest school possible even though I wanted Bishops.” 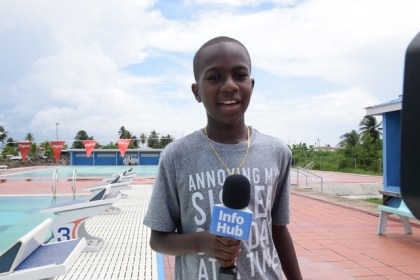 Daniel was also motivated by parents and church family; but he is especially happy to fulfill his grandparent’s dreams of attending Guyana’s top school. “My grandfather who recently died, told me that he wanted me to get Queen’s College and even though he’s dead and not here to congratulate me, I’m happy that I fulfilled his dreams”
Young Daniel is aiming to become a Pediatrician because he likes children and animals. He is well aware that to fulfill this dream, he will have to work even harder and is committed to continue working third to achieve his dream.
Daniel is very grateful for all his support, “My mom is always behind me, since I was in play group and when I was in Grade Five she told me that I have to work harder in the next class to be successful at the NGSA. My father always wanted me to get one of the top five schools and I did. It was great that I could have made my parents proud and my family proud.”
Daniel’s mother Kennesha Robertson is overjoyed at her son’s performance. Like the Drupes growing up in Albouystown was also challenging for the Robertson’s Kennesha said that setting goals for her son also saw him being successful at the NGSA and she encourages parents to do same. 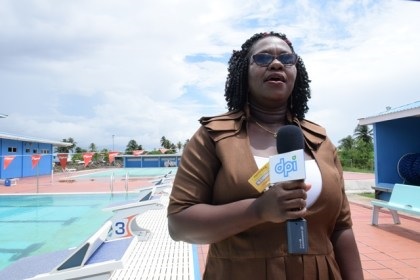 “We tried to get a tutor for him to give him private tutoring as well, so we poured everything we could have, so that he could be excellent at the end, so that he can excel and gain the top school. We will continue to work with him to further excel, so that I’ll be talking (about Daniel) some other time again, maybe with him having 18 distinctions or grade ones at CSEC.”
Councilor for the Municipality of Albouystown, Malcolm Ferreira who has been instrumental in training youths in Albouystown is extremely proud of these students’ and the many other successes in the community.
The Councillor is committed to rewarding those children with laptops and gear for school to let them know that they are appreciated and to further encourage them to work harder.
Albouystown has good products. While it sees its fair share of challenges, there are a notable success stories in Albouystown. No doubt, with councilor Ferreira pushing for more positives from his constituency 10. So, look out Guyana, Albouystown is on the positive move.
Source:http://gina.gov.gy/
CSEC NGSA National Grade Six Assessment