More 10,000 Grade Six pupils will be able to learn throughout the school day without being plagued by hunger as the primary schools’ breakfast programme continues to expand across Guyana’s coastal regions.

Through this newly-launched programme from the Ministry of Education, these children receive a nutritious breakfast each morning.

Nikole Lewis, the headteacher of the West Ruimveldt Primary school in Georgetown, explained that hungry children are less likely to concentrate on their classes. As such, it becomes difficult for them to learn as well as their peers. 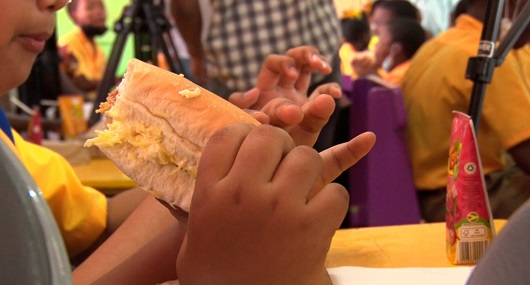 A pupil of the West Ruimveldt primary school eating one of the breakfast hotdogs provided (Photo: News Room/ September 29, 2022)

Lewis, however, says children’s learning experiences are improved when they receive breakfast, which is widely-accepted as the most important meal of the day,

“If they come and they are hungry, you say ‘empty bag cannot stand up.’

The challenge of attempting to learn while hungry is something known all too well by Mahendra Phagwah, the young man who is coordinating this primary schools’ breakfast programme.

Because of financial constraints and family challenges growing up, there were days when Phagwah missed meals. He remembers all too well how that adversely impacted his education.

He also acknowledged that hunger is not limited to Grade Six pupils but assured Guyanese that the ministry is striving to ensure that all learners benefit from the school feeding programme.

A sum of $267 million is being spent on the breakfast programme for Grade Six pupils in Regions Two, Three, Four, Five, Six and 10. Hinterland pupils are already provided with meals through the hinterland feeding programme. 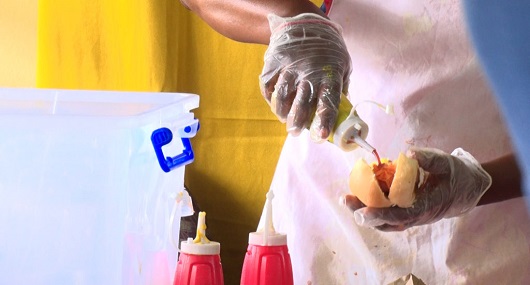 On Thursday, the breakfast programme for Georgetown was launched at the West Ruimveldt school. That morning, children were offered hotdogs and fruit juices for breakfast.

Permanent Secretary of the Education Ministry Alfred King explained that this programme is already benefiting some 10,300 children. By the end of October, there should be 10,700 children from 217 schools benefitting.

King said that this intervention joins other efforts at improving learning in Guyana.