Kaieteur News – Students attached to Morgan Learning Centre (MLC) continue to show why the school is among the top-rated privately owned secondary institutions to attend when the goal is to achieve academic excellence.

Not only did those who attend the school achieve a 95 percentile pass rate at this year’s Caribbean Secondary Education Certificate (CSEC) exams but its top performers, among whom are Kayla Dos Santos and Michael Morgan who secured 20 and 18 subjects respectively, with multiple grade ones and two passes.

But while these are noteworthy scores, it was the results of MLC’s youngest students that were the talk of the institution. The students, all ages 14 and 15 years old, some of whom wrote the exams at least two years before they were required to, attained Grade Ones and Twos, for challenging subject areas, particularly Mathematics.

This is a notable accomplishment given that by its own admission the Caribbean Examinations Council (CXC) which is responsible for setting the exams reported a decline in the results for Mathematics results of both CSEC and CAPE exams in 2022.

When this publication caught up with the Founder and Principal of MLC, Mr. Orin Morgan, at the school’s Lot 24 D’Urban Street, Lodge, Georgetown Headquarters, he sang high praises for his students.

The Principal asserted, “I am very pleased with the results that was attained by all my students but I am particularly pleased with the Mathematics grades of those [third and fourth formers] who were able to cop Grades ones and twos at Mathematics which is said to be among the most difficult exams to write this year.”

Mr. Morgan beamed with pride as he spoke. He noted that he had something extra to celebrate this year as both his children, Michael and Renata Morgan wrote the exams and passed with “flying colours.” 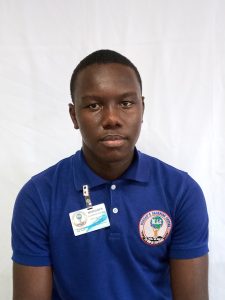 Michael is named among the school’s top performers for achieving some of the highest scores in most subject areas while Renata a Third Former is among the young students who successfully sat the exams; she attained Grade twos in English, Mathematics, and Principles of Accounts.

Morgan noted as a father and the head of MLC, this is one of his greatest achievements.

He said, “This is a testament that the formula that we are using at MLC works. We believe in our approach so much that I took my son, both my children rather, who attended top secondary schools in this country, and placed them here at MLC and watched them perform excellently and acquire academic success.”

Much like their teacher, Mr. Morgan, the CSEC students were elated to learn of their results. They told this publication that they all put their best foot forward in their bid to achieve their desired Grades.

Kayla Dos Santos received passes in the most subject areas. The 16-year- old wrote 20 subjects, 19 of which were written this year – altogether she attained seven Grade Ones, eight Grade twos, and five Grade threes.  The top performer, who said she found the Chemistry exams among the most challenging at CSEC, aspires to become a Pediatrician.

Shania Jacobs, who has her sight on becoming a Dentist or General Physician, told this publication that she was successful in 13 subject areas with Grade one passes in three subject areas as well as seven Grade twos, and three Grade threes.

Wayne Williams also secured 13 subjects. Among his passes are five Grade ones, five Grade twos and one Grade three.

Kyla Barrow also got 13 subjects with six Grade ones, four Grade twos and three Grade threes. Her ambition is to become a Lawyer.

Chanicia Joseph wrote 13 subjects and attained seven Grade ones and six Grade twos. Sameerah Ishmael recorded passes in 13 subjects. She got seven Grade ones, four Grade twos, and two Grade threes. Ishmael lauded her teachers at MLC for their constant push and motivation toward achieving her grades.  The student credited particularly the top grades she secured in Mathematics and Principles of Accountant to the instructions she received from teachers at MLC.

Princess Tuase, who has a keen interest in entering a career related to building designs, was able to garner 14 subjects. She attained four Grade Ones, seven Grade twos, and three Grade threes. The student said that she is looking to break the mould in her family with her career choice.

“I know of engineers in my family but I want to become an Architect, which I believe I am the first person to do so,” she added.