The Milo Schools Under-18 Football title will remain with the lads of Christianburg/Wismar Secondary after a comprehensive 3-1 victory over North Ruimveldt Secondary at the Ministry of Education ground, Carifesta Avenue, on Sunday evening.

With sluggish conditions, it was a tit-for-tat battle throughout the night, and one must say, North more than had their chances to win a maiden title, but lacked the depth in quality to finish the chances they created. 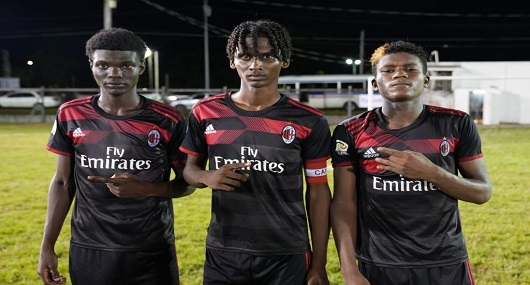 North, coached by former student and now national player, Jeremy Garrett, held a strong backline for the most parts, however, their custodian was breached on three occasions.

Tied at 1-1 when Yonnick Norton scored in the 61st, North surged back into contention until James and Ramsammy broke the deadlock.

The organisers hailed the tournament as a success and indicated that eight of the top teams from the Milo tournament will play in the GuyOil School League, which will commence in September.