–in bid to nip ‘garbage dumping’ in the bud

THE care and protection of the environment is scheduled to be incorporated into the curriculum at the primary school level by the Ministry of Education (MoE).

The decision is in keeping with a new strategy being adopted by the ministry to create a culture that helps to tackle illegal garbage dumping and be more climate conscious.

According to Minister of Education Priya Manickchand, the President himself, Dr. Irfaan Ali, is eager to see a cultural change in the attitude of Guyanese towards environmental preservation, and believes that it can best be inculcated if started at a young age.

“We have a mandate from the president himself, that we have to incorporate into the primary school curriculum Care For the Environment, because we believe it has to happen from there… as well as material and learning that takes us closer to his vision of ONE Guyana at the primary school level. And that is being worked on as we speak,” Minister Manickchand said while speaking at an event recently.

Noting that work on this new project has already begun. The minister said:
“We are working in collaboration with international experts, as well as Major General Joe Singh, who has a deep interest in the environment, and knows that we need to understand from very young why we can’t throw boxes through the window and clog up our drains.”

With Guyana’s most populous region, the Low Coastal Plain, being below sea level and vulnerable to climate change, and Guyanese having a persistent propensity of indiscriminately dumping garbage, the protection of the environment is a pivotal issue affecting the entire nation.

This culture among our countrymen to indiscriminately dispose of waste not only makes for some very unsightly aesthetics, but poses a health hazard as well, as it often leads to the clogging up of the waterways, and contributes to flooding in many areas across the country, particularly in the city.

A WELCOME DEVELOPMENT
With community development, including solid waste management coming under his authority, Minister of Local Government and Regional Development Nigel Dharamlall says he welcomes this new development, and looks forward to seeing how it will help to improve communities. 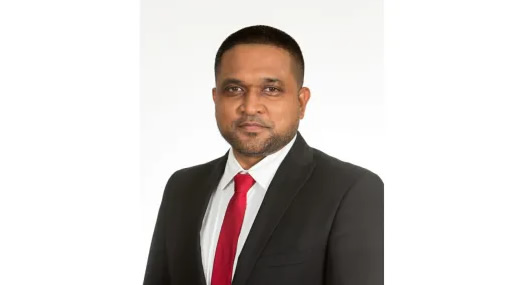 “I believe that it is a fantastic initiative, and we will support it fully. Solid waste management is something that should be part of the culture of our people, and the best way for us to grow that culture is for us to start at the level of school, because school is one of our first institutions of learning,” Dharamlall said in an invited comment.

He noted that his own ministry already has an initiative of sorts, whereby environmental protection sensitisation is being carried out in schools, though not on a large scale,
“We actually have a programme, and activities under the solid waste management programme of the ministry, where we usually go to schools and give them advice on composting and overall solid waste management. So I think we will be able to complement the efforts of the Ministry of Education in this initiative,” he said.

Dharamlall shared that dealing with the illegal dumping of garbage across the country is an issue that has become a huge burden on his ministry, given that even as it continues to put measures in place to tackle the issue, it can’t keep up with the rate at which the dumping is being done.

“It’s an expensive undertaking,” he said, “not from the level of the ministry alone, but across different levels of government; central, regional as well as local government levels.”

This being the case, he is of the opinion, therefore, that the issue is not so much at the level of the authorities, but more to do with individual citizens.

“Solid waste management is a responsibility of the individual; it is part of their responsibility to dispose of garbage properly. We have created these landfills, and are providing a lot of resources in terms of collection,” he said, adding: “The unfortunate thing is we have people who continue to wantonly dump garbage across practically every area in Guyana.”

The minister noted that aside from individual households contributing to the solid waste issues, the dumping of waste by commercial businesses is also a big contributing factor.
In the circumstances, he noted that his ministry has also been working along with the private sector to tackle the issue from that angle.