The Ministry of Education (MoE), on Tuesday, celebrated 45 years of nursery education in Guyana with a National Play Symposium, where it was emphasised that play is a fundamental right of every child, and a useful teaching tool to help children learn in practical environments.

Held under the theme “Revisiting Play in the Nursery School System in Guyana: Opportunities for Inclusion and Responsive Programming“, the one-day event was a collaboration between the MoE and the University of Guyana (UG). 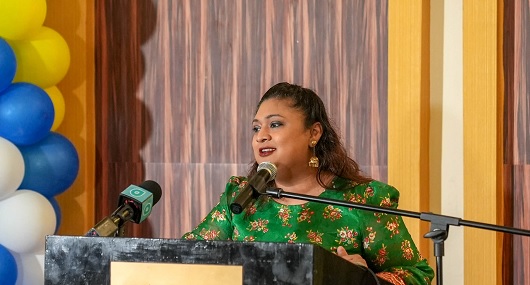 In delivering the feature address at the opening ceremony, Minister of Education, Priya Manickchand, noted that celebrating this milestone, at a time when the ministry is undergoing a number of new developments and advances, makes it fitting to analyse some of the accomplishments and pitfalls of the public education system.

The minister related that the public nursery school education system in Guyana has seen some of its biggest developments over the past 15 years, particularly as it pertains to the development of native resources for children at this level.

“About 12 years ago we had not yet even had our own text. We were taking a serious licking from the private schools who were using the Abeka or Jolly Phonics series, extremely expensive packages. We developed our own series consciously and strategically called it the Roraima Readers where every child was able to get their own reader, workbook, diagnostic assessment,” she told the gathering. 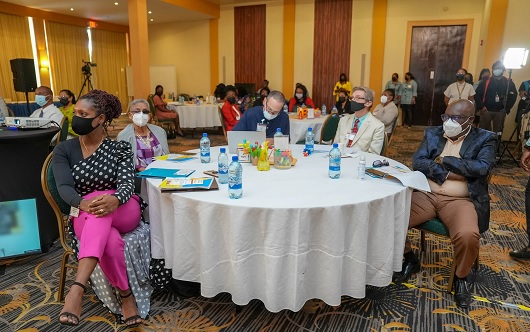 However, where it concerns the strategic involvement of play as a teaching tool, the nursery curriculum has moved away from this, something the ministry hopes to rectify.

“We started nursery education to socialise our children and engage them through play 45 years ago. Somehow that became a very concentrated academic programme where we lost the play and the benefits of play, where we are looking to see how much you can read and write and how much science and social studies you know at six-years-old without understanding that the incorporation of play might have more value in the imparting of that knowledge that we need,” Minister Manickchand noted.

She revealed that greater incorporation of play into the nursery curriculum, is parcel to a wider curriculum revision across several levels, which will also see new curricula being introduced to the first four grade levels from September 2022. 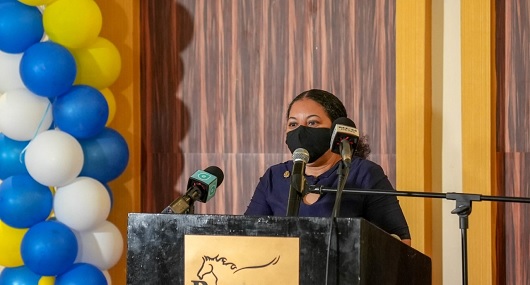 UG’s Vice-Chancellor, Professor Paloma Mohammed-Martin, in her remarks, emphasised the importance of play to the development of a child.

“In our culture when we tell parents about play, they might be saying that’s not what you go to school for, that’s what you do in the break. [But] play is about production of behaviours, personality, freedoms, autonomy, individualism, respect of a child’s culture, circumstances and ability to develop autonomy in the education space and figure out how to make things fun, memorable and how most importantly to make learning applicable to what they know and can relate to at their development stage,” she said.

Meanwhile, UNICEF Resident Representative, Dr. Nicholas Pron, delivered remarks virtually. He congratulated the MoE for bringing greater focus to the acceleration of play as a strategy in the nursery school system.

“It is indeed a fitting way to celebrate 45 years of nursery education in Guyana. This inclusion of play is an important pillar of the learning process which brings to the fore one critical contribution to the fulfillment of the Convention on the Rights of the Child as articulated in Article 31. The right for every child to rest, recreational activity, and to participate freely in cultural life and the arts.” he said.

Pron added: “It is with great pleasure and optimism that I state that the symposium is an articulation of the ministry’s thrust to take action.” 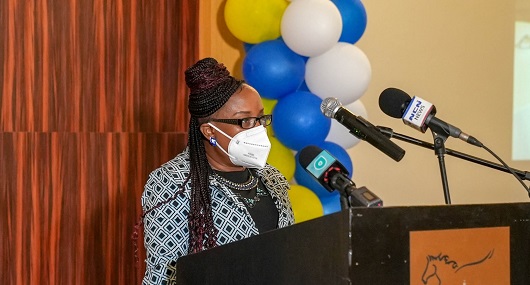 Assistant Chief Education Officer (Nursery), Samantha Williams said that it is important that the ministry take time to reflect on how far the development of nursery education in Guyana has come.

“Forty-five years ago, the Guyana nursery education was birthed with spaces for children regardless of their religion, sex or socioeconomic status. A programme where reading and writing through play were the main thrust.

Forty-five years later, we, now in 2021, celebrate with pride and magnificence, a period of time for which we must engage in some reminiscent,” Williams said.