The Ministry of Education received the second tranche of 50 table tennis tables from the People’s Republic of China through the Embassy here in Guyana aimed at promoting the sport in schools. The equipment was handed over today at the National Centre for Education Resource Development (NCERD).

The Honourable Minister of Education Priya Manickchand said that the world has moved past dividing sport and academia. She that the Ministry of Education is working hard to incorporate sport and what used to be considered extracurricular activities into the academic curriculum because the benefits have been tremendous. 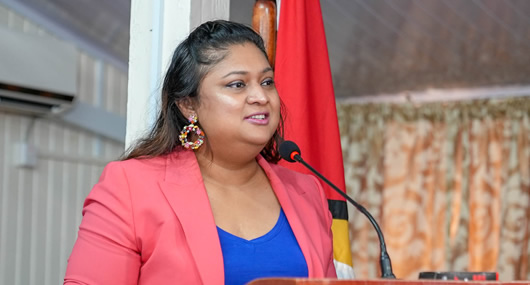 Minister Manickchand said that the 50 table tennis tables and complimentary rackets and balls will go to 50 schools and the Ministry will ensure that the hinterland high schools and primary tops are the first beneficiaries since they are often left behind.

The Education Minister said that the donation will bring tremendous benefit to students who are going to be exposed.

She said, “I could see us welcoming this very much in the school sector and it becoming something that is hugely enjoyable to the thousands of children who will be exposed. So we want to thank the Government and people of China and commit to the ongoing prevailing friendship that we have between the countries. We believe that this kind of friendship that manifests itself in the real transfer of skills transfer of knowledge is one that bodes well not only for the two countries but for a wider community as a world.”

President of the Guyana Table Tennis Association, Mr. Godfrey Munroe said that today’s handing over was significant and symbolic for the development of sports and as it relates to sports development in the education sector.

According to the GTTA President, with today’s presentation, opportunities for coaches to visit China to learn of their methodologies and train as well as opportunities for players from China to visit Guyana and train with our players will be possible and will provide the support for the building of a home for the development of the sport in Guyana, a process he said that is currently ongoing. 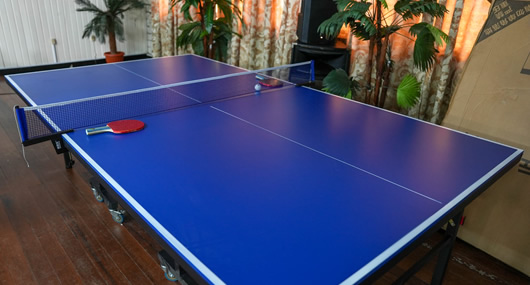 “We believe that this project is significant in the context that it provides a framework and key pillars for the development of the sport grounded in the education sector because the education sector as we know has a large target audience of students who we as an association rely on for talent identification and development,” Mr. Munroe added.

Mr. Munroe said that the development of the sport through the education sector will see the participation of students between the ages of six to 18 years old in all the education districts across Guyana.

“We will utilize our certified coaches who will visit schools on a resident or cluster basis. They will engage and orient our students in training and in competition among other developmental pathways. The program will be supplemented with training for teachers at the targeted schools to engage them in a 12-hour program which will ensure that they become competent at least to provide fundamental training for the students,” Mr. Munroe explained.

Today’s ceremony is the first official event that the Ambassador of the People’s Republic of China to Guyana, Guo Haiyan attended since presenting her letters of credence. She said today that the initiative between the Embassy, the Ministry of Education and the GTTA began in 2019 to promote table tennis in primary and secondary schools in Guyana. 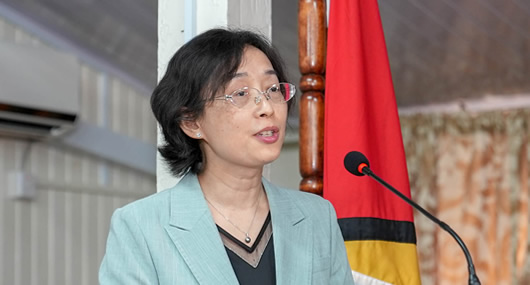 She said at that time, 50 sets of table tennis equipment to 50 primary and secondary schools covering the 10 regions were donated and that this year an additional 50 sets are being donated.

She said, “I believe that the equipment can inspire the students to have a stronger interest in table tennis and playing table tennis can become one of their best memories in teenage years.” The ambassador further said that she hopes the people of China and Guyana continue to use table tennis and other sports as a medium to enhance exchanges, mutual learning, and mutual understanding and to carry a friendship between China and Guyana for generations.

During today’s event an agreement was signed between the GTTA, the Ministry of Education and the Embassy of the People’s Republic of China to promote the sport in schools, the provision of additional equipment and the establishment of training and exchange programmes for coaches and players.