Students of Fly Hill, Rupertee and Pai Pang villages in Region Nine will now be able to easily access primary education, following the commissioning of three schools in the villages.

The new schools are in keeping with the government’s commitment to enhance the education sector in hinterland communities. 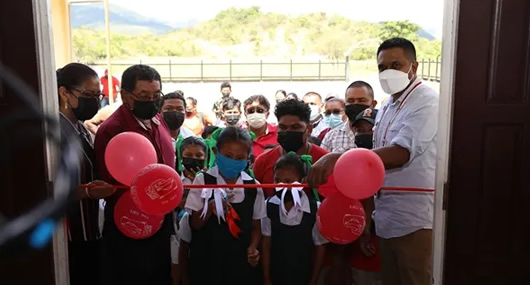 Some $18 million was expended to construct the Pai Pang Primary and $16 million for Rupertee and Fly Hill primary schools respectively. Each school was also furnished at the cost of $3 million. 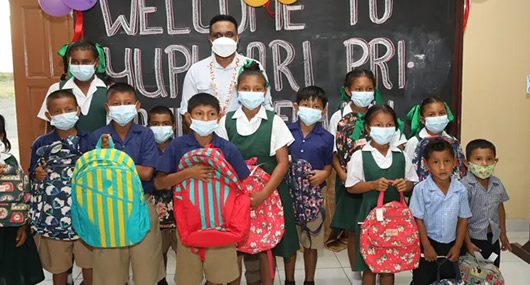 Minister Dharamlall told residents that education is an essential tool in the country’s development. He said education in Amerindian villages have for too long been neglected.

“Today is a manifestation of your prayers. Your prayers have been answered. .. over the last two days we have commissioned two additional schools at Rupertee so those children from Rupertee had to walk to Annai everyday so they now have their own primary school.”

Residents of Pai Pang also requested the same for similar reasons, which the Local Government Minister said needed to be addressed for the betterment of the children.

“For so many years, Pai Pang have been asking too for their own school because their children had to go Tiger Pond and sometimes these children have to stay at night in Tiger Pond with nobody to take care of them and now this is a reality.”

It was revealed that nursery school pupils will also be housed in the new schools. To this end, Minister Dharamlall urged residents, teachers and children to maintain the facilities as there are more resources to come.

“These communities will benefit from massive transformation in every sector and so next year, you will see this come to fruition. These transformations are the commitment of the government and so we are willing to work with everyone to boost these efforts.”

The Regional Education Officer said teachers have already been selected to manage the schools. She also encouraged residents to apply to become teachers to serve in their respective communities.

REDO Joseph took the opportunity to urge teachers to get vaccinated against COVID-19.

Regional Chairman Allicock said the communities had been lobbying for the educational facilities for some time. While it was promised by the previous administration, they failed to keep that promise.

“Every year they have been asking for a school and we tried with the last administration to get this done, but it did not take flight, but it is our government now that made it possible for you to have this brand-new building here,” he said.

Minister Dharamlall and his team also distributed school bags to the children.