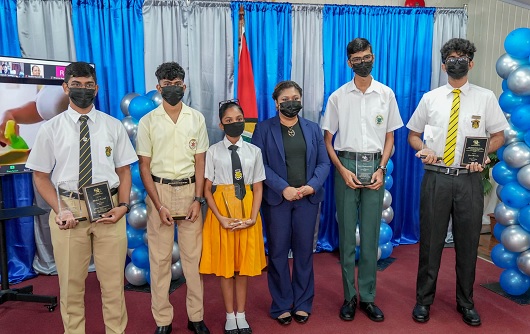 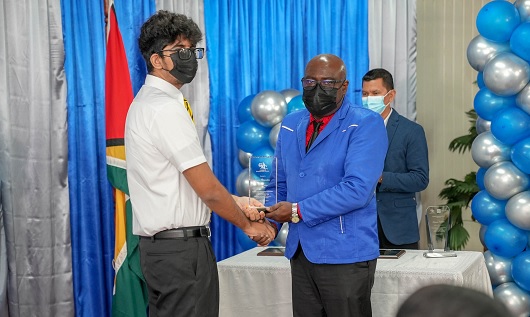 Shania Sattaur of the Brickdam Secondary School received the award for the Most Outstanding Candidate in Principles of Accounts sponsored by the Association of Chartered Certified Accountants (ACCA).

The Honourable Minister of Education Priya Manickchand said that she was pleased to see Guyanese students receiving awards for individual subject areas. She said that the awards are an indication that the country has invested a lot in the education system and 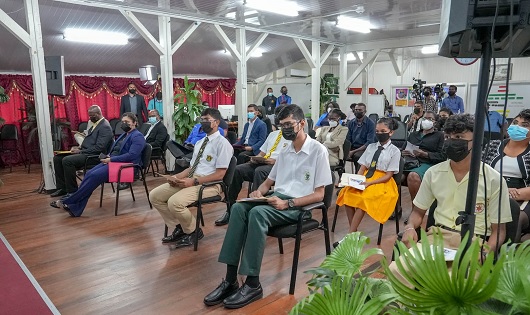 made a lot of strides to see results now.

She said that efforts need to be made to ensure that wherever students go to school in any of the Administrative Regions, once they apply themselves to work and receive the necessary parental support they can do well and access tertiary education in a variety of fields.

Minister Manickchand said that the Government of Guyana is committed to developing Guyanese by ensuring access to quality education thereby giving citizens the skills and tools to improve their standard of living. 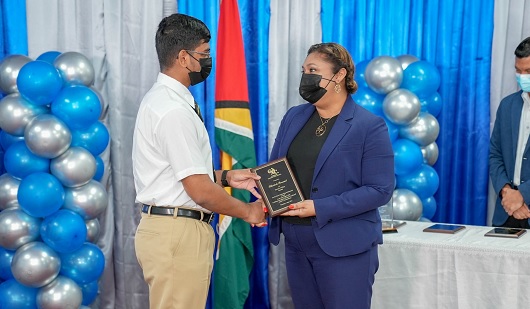 Zane Ramotar who was required to deliver a Response during today’s ceremony for his award said that this past academic year has been the strangest year in recent history for everyone in the Caribbean and the world at large. However, despite the many trials and tribulations brought about by the COVID-19 pandemic, he said that the Region has done its best in overcoming the bad days and succeeding in every endeavour.

He commended CXC for maintaining tradition by hosting the awards ceremony. He thanked the teachers across the region for recognizing that it is not an easy task to prepare students for an examination especially during a pandemic.

He thanked all the Ministries of Education throughout the Region for supporting students, teachers and parents. 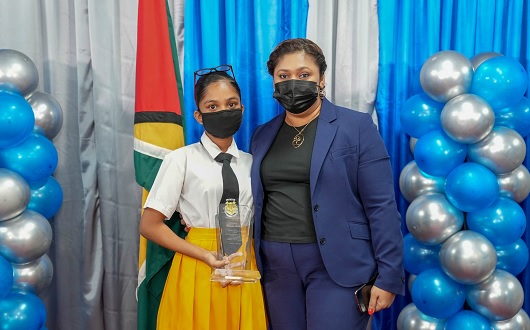 He said that each Ministry played an integral role in revitalising the education sector so that students could remain engaged given the extenuating circumstances.

Finally, the CAPE top performer thanked the parents, awardees and students of the Caribbean, he said, “Thank you for not giving up. We know this journey was most certainly not an easy one. To continue to persevere in the face of this adversity is truly commendable. Most certainly we students would not have gotten over the last academic year without the love and support from our respective families. Therefore, we salute the parents for their unconditional love and support and we salute our fellow students for their strength and persistence over the last academic year.”

The Awards Ceremony was hosted in Antigua and Barbuda but participants and awardees from the other territories joined via Zoom and were presented with their awards by officials within the respective countries. Guyana’s awardees and Education Officials joined the ceremony from the National Centre for Educational Resource Development (NCERD).