- to be handed over in new week

The first of its kind in one of the country’s largest housing schemes, La Parfaite Harmonie, West Bank Demerara, the Westminster Secondary School is finally complete and will be one of the most resourced schools in the country, says Minister of Education Priya Manickchand.

After a visit to the spanking new facility, constructed at a cost of $1 billion, the Minister said it is expected to be handed over in the new week.

“This school as you saw, is ready for us to take and for it to be handed over to us and as you can see it is a beautiful school. It is probably going to be one of our most resourced schools, given the labs and so on that we’ve seen, and we want to make sure that the children of Region Three can benefit from it,” the Minister said.

The project is one of two, with the aims of achieving universal secondary education. 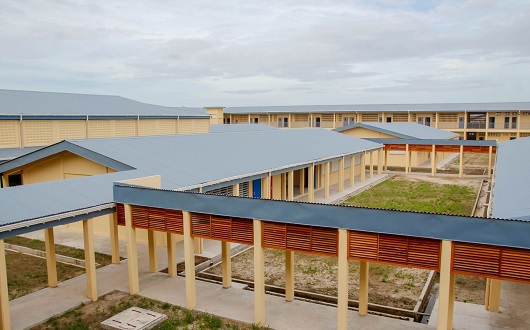 Once opened, the Minister explained, it will enable the Ministry to close “primary top schools” in the area – which are primary school that allow secondary students to continue their education as no other secondary institution is available.

“So you continue on in the same primary school doing secondary work, but that of course is not desirable; it’s not likely to give the kind of results that we’re looking for. It is not likely to give students the opportunities they need to survive best in this world and that’s why we conceived of these schools in the first place,” Minister Manickchand added.

The other facility, at Good Hope, East Coast Demerara, is yet to be completed, and according to the Minister, it is presenting itself “as a disaster” in terms of a completion date.

Nevertheless, she said, Government is pleased with the outcome of Westminster Secondary. 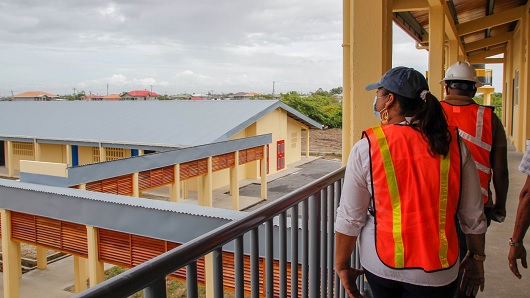 The facility will be branded a Grade B school with the grading eventually improving in the coming years, Minister Manickchand said.

“It is going to be fully staffed with competent trained graduate teachers and auxiliary staff and it’s going to be a school that we will use as a model to show once there are resources and trained teachers, children from anywhere can do well.”

The contract for the facility was inked on October 1, 2018, while construction began on October 18 of the same year by R. Bassoo and Sons Construction Inc. as the constructing company. The consulting firm was Deen and Partners/SRKN Engineering. 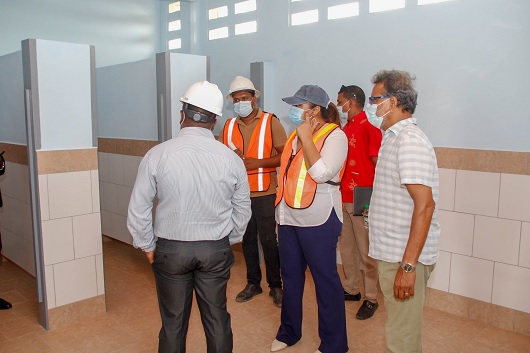 The construction of the school was funded by the World Bank through the Guyana Secondary Education Improvement Project (GSEIP), which began during the first quarter of 2015.

The school has the capacity to house 1,000 students.

The Westminister Secondary school will have classrooms that cater for students with disabilities along, with modern Technical Vocational Education Training (TVET) departments for Home Economics, Home Management and Clothing and Textile.

Added to that, there will be an Information Technology, Mathematics, Language, Audio Visual laboratories, along with a music room and a dance studio.

The school will also house Biology, Chemistry and Physics labs with a Unit of Allied Arts, a modern Library, a multi-purpose hall and a modern administration block.