Before her ministerial appointment, she served as Public Health Specialist (Prevention) for the United States Centers for Disease Control and Prevention (CDC) for nine years.
In the capacity of Public Health Specialist, Minister Henry functioned as the technical lead for HIV Prevention, Adolescent Development, Gender, Safe Water and Blood Safety to scale up prevention activities using best practices from the field of behavioural science and economics with the aim of universal access.

Minister Henry also has the distinction of serving her country as a Commissioned Corps Officer (Captain), in the capacity of Officer Commanding the Medical Corps- Guyana Defence Force.
She also brings to her portfolio continued commitment to advancing excellence and equity for all.

Her exceptional programmatic capacity and experience in closing gaps, creating linkages and reducing disparities in service delivery are well suited to championing Guyana’s journey to first class education, fifty plus years after independence.

Minister Henry’s life story epitomizes the extraordinary power of education. In her early years, she attended Berbice High School and New Amsterdam Multilateral and later advanced in her studies and is now a Pharmacist with a PhD in Public Health. Her belief in service and the importance of quality education for all have root in her own experiences of overpowering the odds and going on to become a Minister of Education for the Co-operative Republic of Guyana.

Untrained teachers urged to get enrolled at CPCE
17 May 2022 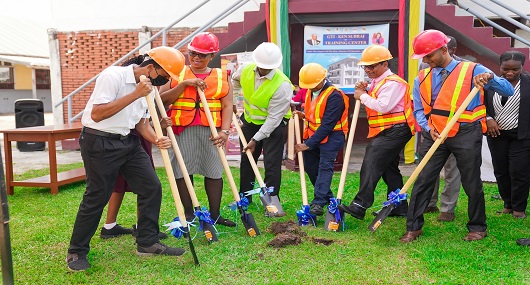 Remember, some things have to end for better things to begin

We have 180 guests and no members online